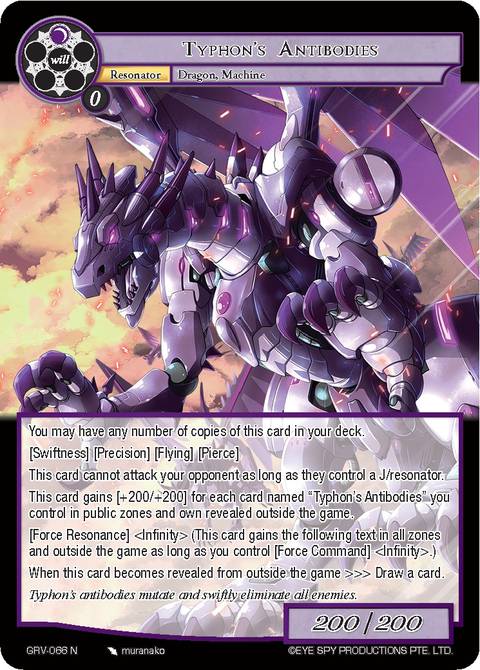 Swiftness
Precision
Flying
Pierce
This card cannot attack your opponent as long as they control a J/resonator.

" you control in public zones and own revealed outside the game.